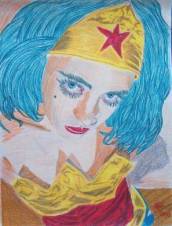 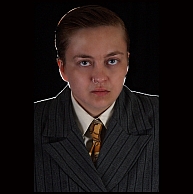 The Astrology And Herstory Of Wonder Woman And Sheroes With Empressev

THESIS: The Lure Of Happiness: A Story About Love, Hate And Hair. University of Queensland Library, Fryer Thesis, The16863, St Lucia Queensland 2002

WHAT THE CRITICS SAY …

"Evelyn Hartogh performed a comic exposé of her politically confused and disenfranchised South African family roots. Besides an overemphasis on her family’s significant obsession with ‘farting’ (you try spelling fighting in a South African accent) it celebrated the joy of survival and family issues. "

“For about 15 years Evelyn Hartogh has been pulling on the iconic bulletproof bracelets … of her alter ego, the feminist superhero Wonder Woman … the Amazonian princess was the prefect fit for the performance artist’s humanist ideals.”

“This one-woman-show delivered by Evelyn Hartogh gets severely lost in the translation and descends into a preachy soapbox piece that accuses the audience of being racist, sexist, homophobic bigots. In a nutshell:A great idea that needs to return to the drawing board.”

“As Courier Mail photographer Rob Maccoll drove towards "Wonder Woman's West End headquarters" he knew exactly the picture he would take … a true Queensland character … Brisbane entertainer Evelyn Hartogh decked out in her loud Wonder Woman costume.  Her photograph is the September illustration of the Courier Mail's Views of Queensland 2007 calendar.”

“Hartogh plays them all for laughs, as well as doing wicked impressions of the peripheral characters such as John Howard”

“Everyone has heard about Wonder Woman and Barbie.  Hartogh dresses up as the characters in real life and uses satire as a way of making feminism, that dirty word, consumable”

“Evelyn Hartogh doesn’t believe art should be confined to gallery walls.  The 22-year-old New Farm performance artist dresses up as Wonder Woman and uses a vacuum cleaner prop to make a statement about women in the 90s”

Website Donated by JULIAN BOURNE, PATRON OF THE ARTS,